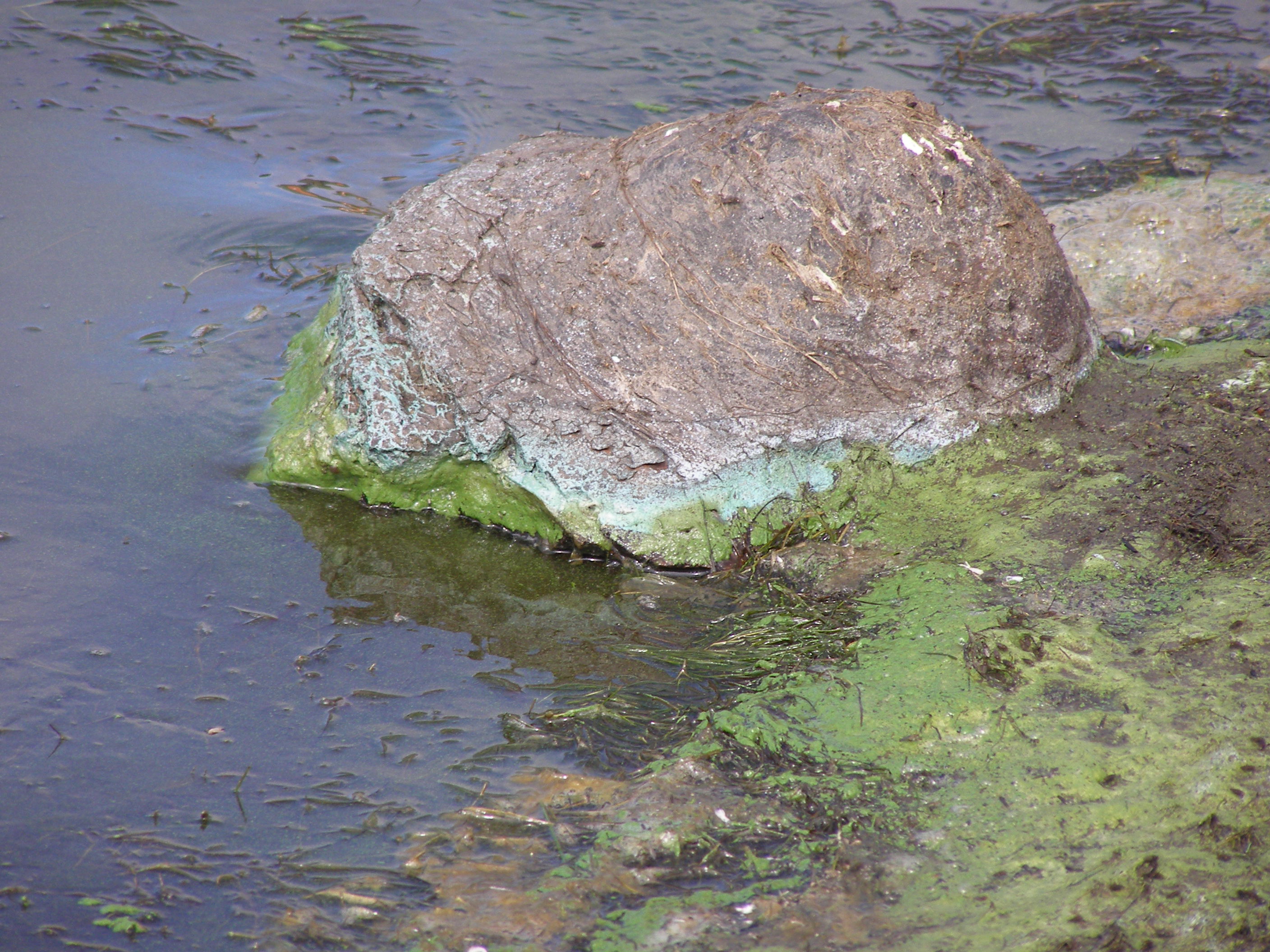 Blue-Green Algae (Cynobacteria) also known as “pond scum,” is made up of cells that range in color from olive green to red. These cells form in shallow, warm, slow-moving or still water and can house poisons called cyanobacterial. A mass of cyanobacteria in a body of water is called a bloom. When this mass rises to the surface of the water, it is known as surface scum or a surface water bloom. Although we don’t know the level in which cyanobacterial blooms occur across Washinton, we do know they mostly appear in the hot summer months.

What are cyanobacterial toxins?

Cyanobacterial toxins are the naturally produced poisons stored in the cells of certain species of cyanobacteria. These toxins fall into various categories. Some are known to attack the liver (hepatotoxins) or the nervous system (neurotoxins); others simply irritate the skin. These toxins are usually released into water when the cells rupture or die.

Does a cyanobacterial bloom always mean the water is contaminated?

No. Researchers generally agree that between 30-50% of cyanobacterial blooms are harmless containing non-toxic species of cyanobacteria. Blooms containing even one species of toxic cyanobacteria will be poisonous and potentially dangerous. Because there is no obvious way to tell if a particular bloom is toxic, sample have to be analyzed in a laboratory before a body of water can be declared safe.

Are cyanobacteria a year-round problem in water supplies?

No. Washington water supplies are unlikely to contain blue-green algae during the winter.

How will I know if I’ve accidentally come into contact with cyanobacterial toxins?

Are children more vulnerable than adults?

Yes. Children are at greater risk than adults of developing serious liver damage due to their comparatively lower body weight.

Is it okay for my pets or my livestock to drink water with blue-green algae?

No. The animals could become extremely ill and even die. The first recorded animal poisoning from cyanobacteria occurred in Australia in 1878. Since then, there have been many widespread incidents of poisoning, affecting a variety of both wild and domestic animals. Animals are not more sensitive than people to the effects of the toxins; they are simply not as concerned with the way water looks or smells before they drink it.

Death is usually caused by damage to the liver or to the nervous system. Treatments to counteract the effects of cyanobacterial toxins in animals have not been extensively investigated to date.

How likely am I to drink water with blue-green algae toxins?

Not very likely. Relatively few incidents of human poisoning have been reported. People don’t usually drink this water because of the scum and the smell (fresh blooms smell like newly mown grass; older blooms smell like rotting garbage).  However, people could unknowingly drink water containing cyanobacterial toxins released from blooms that have died naturally.

If your water comes from a source that is prone to blue-green algal contamination (dugouts, for example), you should monitor the water for bloom formation.  If you detect a bloom in your water supply, contact your local health department for advice.

Can I cook using water with blue-green algae in it?

No! Boiling water does not remove toxins from the water.  As it is impossible to know if the toxin is in the water by taste, odor or appearance, you must assume that they are present until testing is completed.

What about using contaminated water for washing?

Can I eat fish from contaminated water?

Microcystins can build up in the fish, particularly in the viscera (liver, kidney, etc.), and in shellfish.  In general, caution should be taken when considering the consumption of fish caught in areas of a water body where major blue-green algae blooms occur; in particular, the viscera of the fish should not be eaten.

Can water containing cyanobacterial blooms be used for recreational activities?

No.   There are very few options in treating blue-green algae in water used for recreational activities, such as swimming, boating, windsurfing and fishing.  Although cyanobacterial toxins are not likely absorbed through the skin, they can cause via inhalation.  Individuals should avoid swimming and other water-related activities in areas with blue-green algae blooms.

What should I do if I suspect water has been contaminated by blue-green algae?

Because all blue-green algae blooms are potentially toxic, it’s always best to stay away from contaminated water until it has been tested and declared safe.  Even after the bloom is gone, you should wait until health authorities declare the water safe before swimming in it.  It can take more than three weeks for the toxins to clear from the water after being treated.