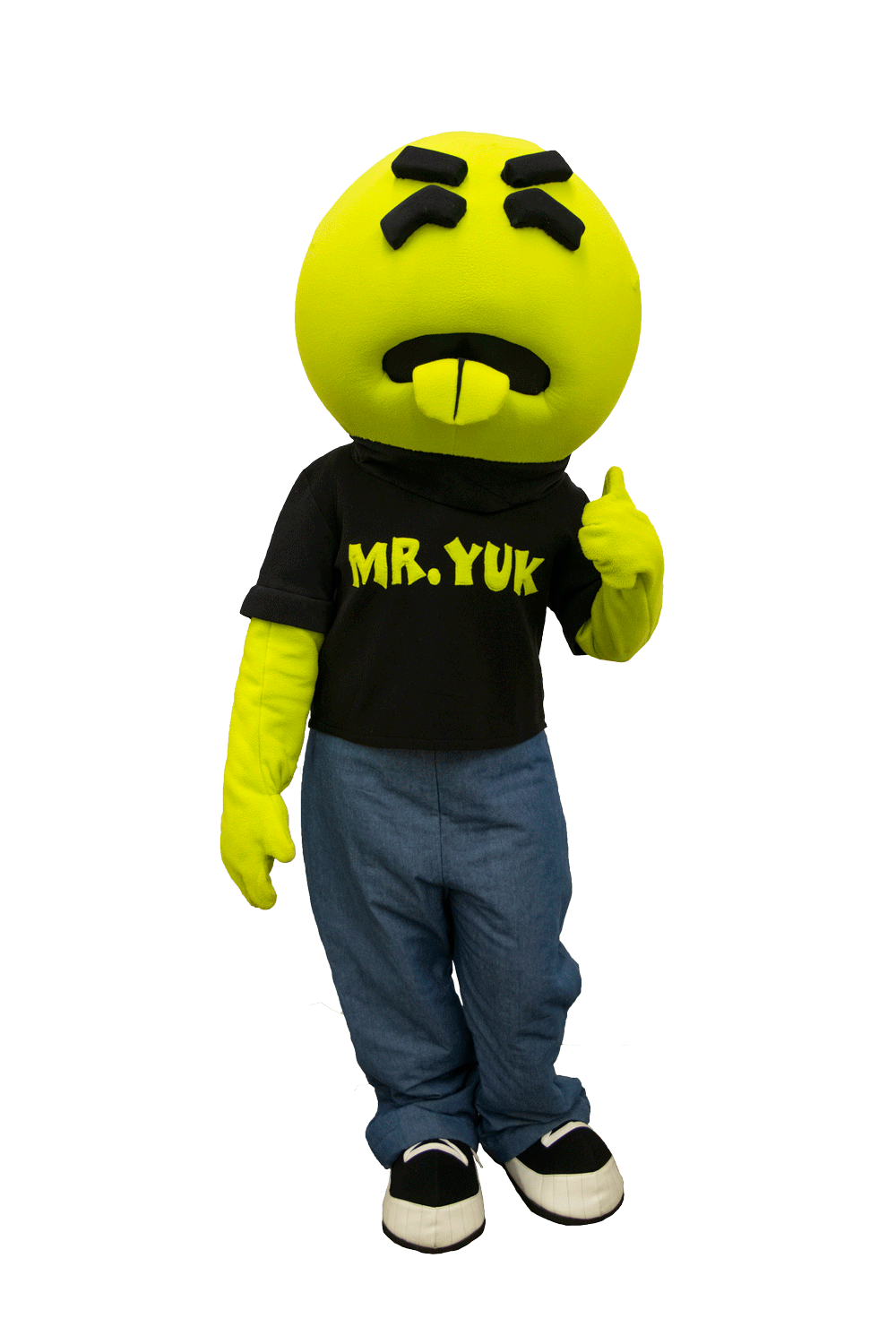 One little boy, who didn’t pick the bottle marked with the green, scowling-face, remarked, “He looks

yucky!” The little boy’s comment lead to the creation of the warning symbol and character known as Mr. Yuk.

Mr. Yuk is used in many states and a few other countries.  Each Mr. Yuk sticker has the poison center’s toll-free phone number, which routes a caller to the poison center serving the area from where they are calling. Last year, millions of stickers were distributed nationwide, to help teach people how to stay safe from poisons and toxic substances.

In 1973, at the request of its founding medical director, Dr. William O. Robertson, the Washington Poison Center, (then the Seattle Poison Center at Children’s Hospital in Seattle), was the first poison center outside of Pittsburgh to adopt Mr. Yuk as its poison warning symbol. The Washington Poison Center is also the only poison center that has a Mr. Yuk mascot, and the newly created Yuk Mobile.
Mr. Yuk encourages people to LOOK: lock it up, out of sight, out of reach, keep safe. 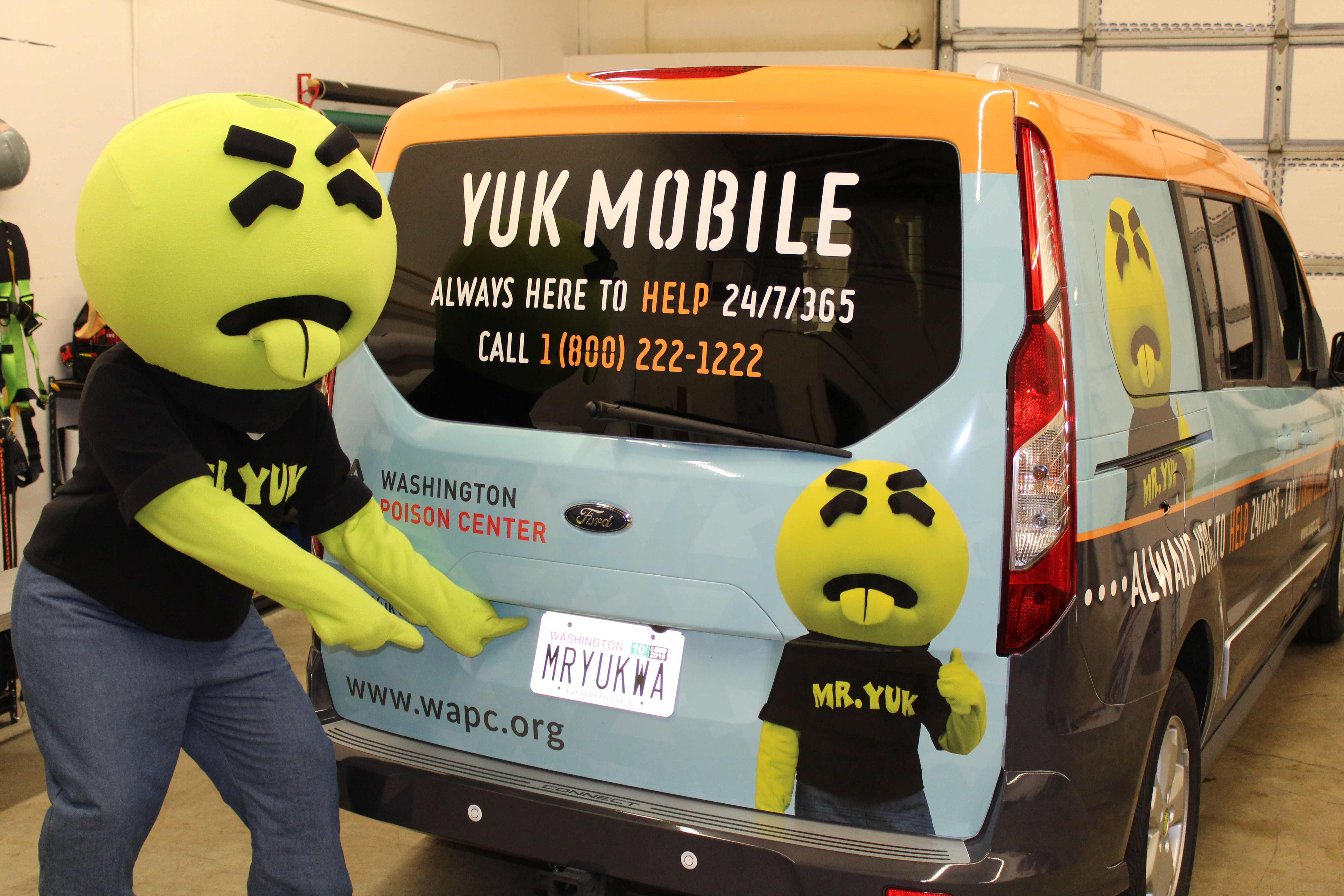 If you’d like Mr. Yuk to visit your school, community event, or place of business, please contact us.

To order a Yuk Pak for family use, that includes a sheet of 10 Mr. Yuk stickers, following this link: Materials Order Form.