The Washington Poison and Drug Information Center has seen over a 1,000% increase in call volume on e-cigarettes and liquid nicotine from 2012 to 2014. Of the total 182 calls answered by the WAPC, 109 were in children 1 – 3 years of age (60%). Children 1 – 3 years of age also comprised 82% of the total pediatric calls handled by Specialists in Poison Information. The majority of exposures (n=121) were considered unintentional general exposures and occurred primarily in children less than 5 years of age. Toxicity from misuse of e-cigarette products was the second most common reason for exposure and occurred in adults greater than 20 years of age. 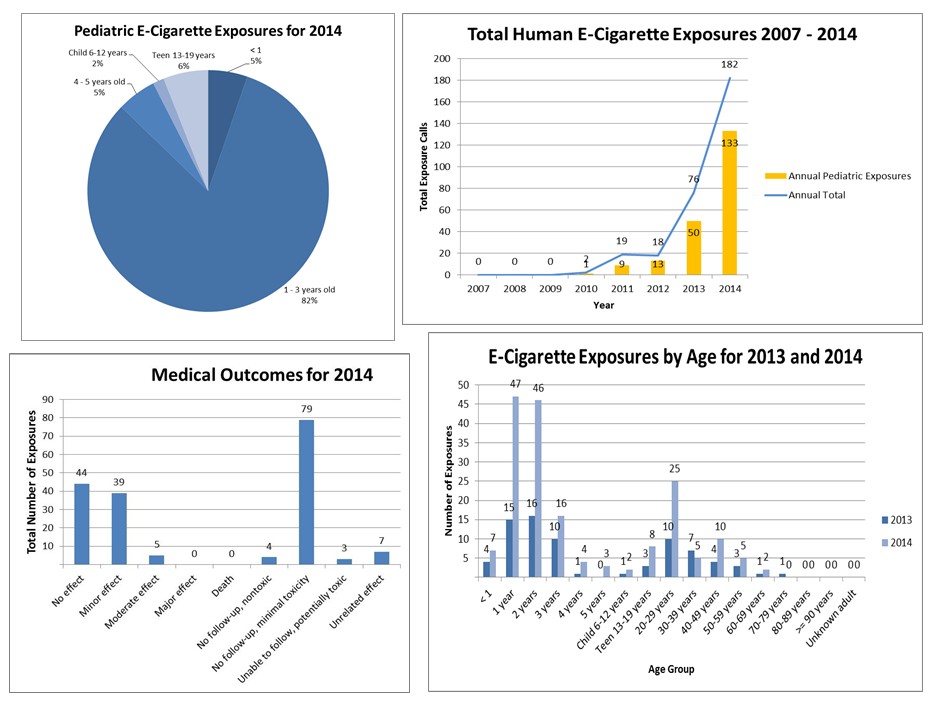 *Disclaimer: Reporting of exposures to the poison center is voluntary and not mandated by law. As such, WAPC data describes the number of calls called into the poison center and most likely is an underrepresentation of the true occurence of any one substance. All calls to the Washington Poison Center are free and confidential.