The month of October saw a large spike in marijuana exposures called into the Washington Poison Center. With only a handful of recreational marijuana stores open in the state, the majority of exposures likely result from marijuana obtained at medical marijuana dispensaries. “The medical marijuana industry is largely unregulated and not subject to the scrutiny and oversight by the Liquor Control Board that recreational marijuana must go through”, says Dr. Garrard, Clinical Managing Director of the Washington Poison Center. A large portion of patients seen in a healthcare facility for marijuana toxicity were able to be treated and released according to WAPC data. This report provides a running snapshot of current YTD exposure data and a pediatric age breakdown of the exposures being reported to the WAPC compared to 2013 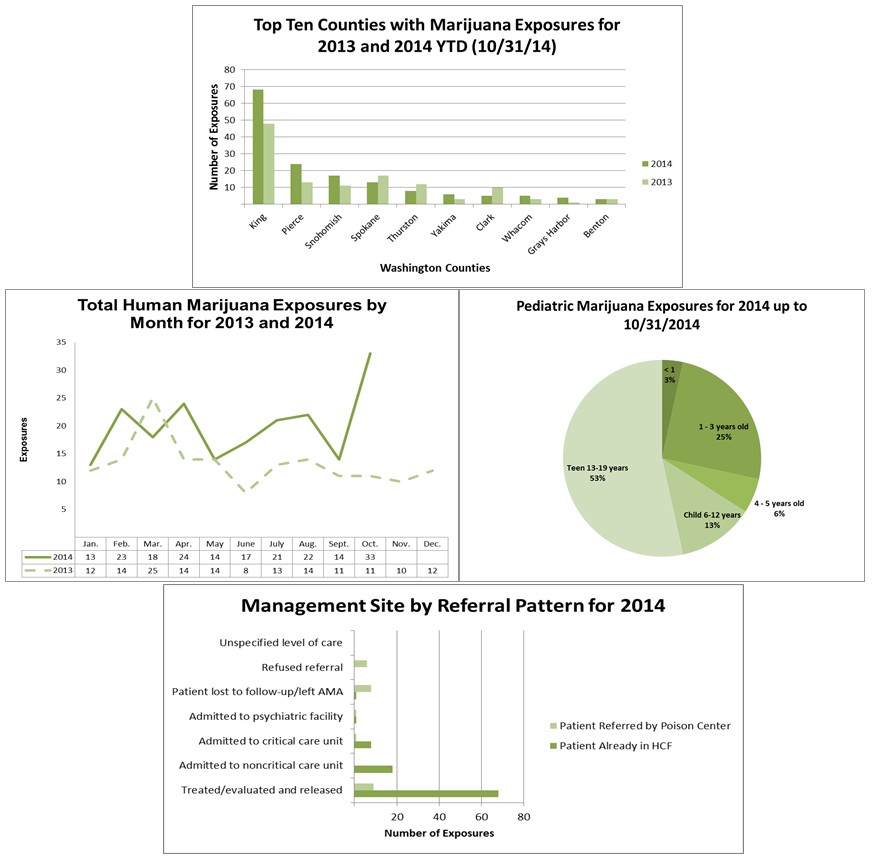