The Washington Poison and Drug Information Center is reporting a record number of marijuana exposures in Washington State since before recreational marijuana was legalized in 2012. The majority of calls occurred within the 13 – 19 year age range followed quickly by the 20 – 29 years of age group. The majority of exposures were a result of intentional abuse (n= 108) in ages 13 years and older followed by unintentional, unsupervised ingestion (n=36), predominantly in children less than 12 years of age. Marijuana products implicated in these exposures included but were not limited to marijuana chocolate bars, brownies, butane hash oil, marijuana-infused drinks, and marijuana gummy bears. 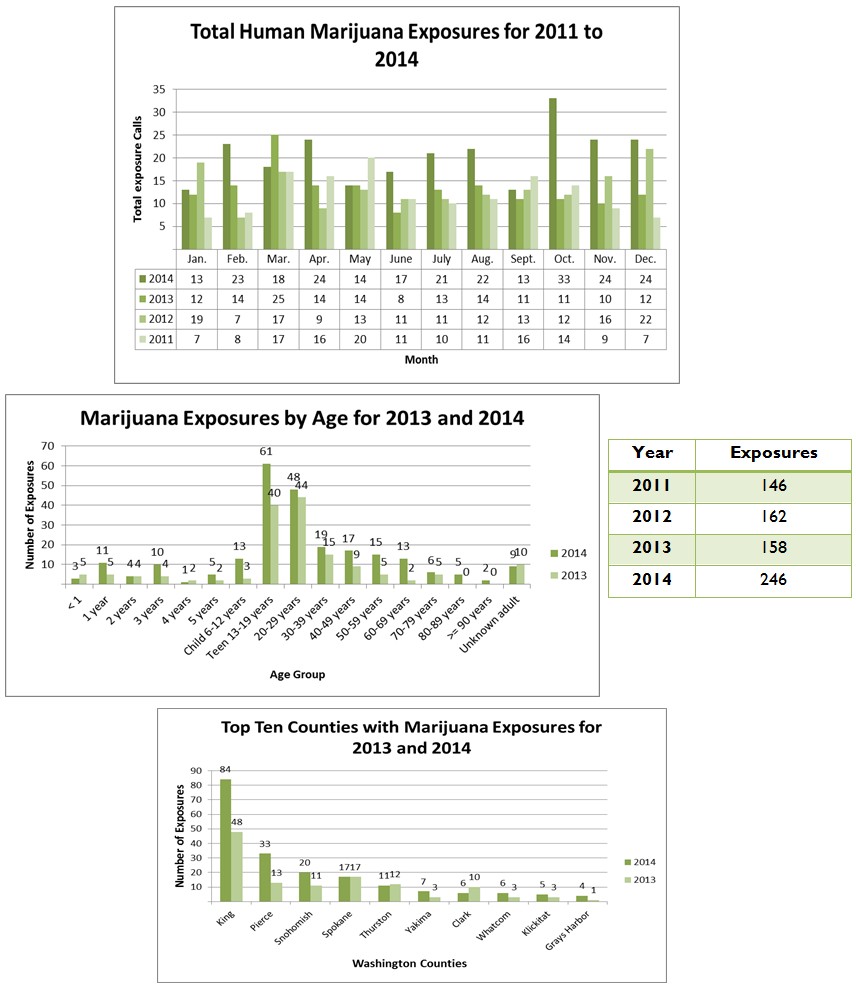